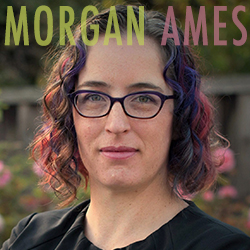 On this episode of Leading Lines, producer Cliff Anderson brings us an interview with Morgan Ames, author of The Charisma Machine: The Life, Death, and Legacy of One Laptop Per Child, published in 2019 by MIT Press. One Laptop Per Child, or OLPC, was a non-profit initiative launched in 2005 to bring low-cost laptops to children in developing countries, under the assumption that doing so would transform education in those countries.

In the interview, Morgan Ames talk sabout the origin of OLPC, the challenges the program faced, and its legacy on computing and education.